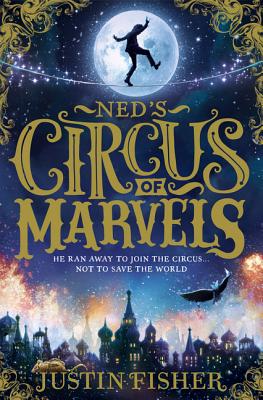 Ned Waddlesworth has always considered his world to be exceptionally ordinary. Until the day he discovers it ISN'T. AT ALL. Because on Ned's thirteenth birthday he discovers that everything magical he's ever read about or imagined is REAL.
And without him, the world will soon be engulfed in monstrous beasts and beings.

So with the help of a robot mouse, a girl witch and a flying circus unlike any other, it's up to Ned to swoop in and save the day

Roll up, roll up, and prepare to be AMAZED by Ned and the marvellous, magical, monstrous flying circus

Justin Fisher has been a designer, illustrator and animator for both film and television. He has designed title sequences for several Hollywood films, branded music TV channels and has worked extensively in advertising. But after many years of helping to tell other people's stories, he is now following a lifelong passion and writing his own. When not lost in a place he calls beyond the Veil, Justin lives with his wife and three young children in London. He has never worked in a circus but he can juggle. Sort of.