Story: Style, Structure, Substance, and the Principles of Screenwriting (Hardcover) 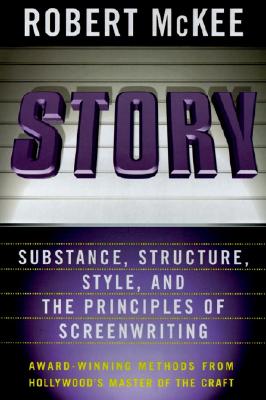 Story: Style, Structure, Substance, and the Principles of Screenwriting (Hardcover)


Not On Our Shelves—Ships in 1-5 Days
Robert McKee's screenwriting workshops have earned him an international reputation for inspiring novices, refining works in progress and putting major screenwriting careers back on track. Quincy Jones, Diane Keaton, Gloria Steinem, Julia Roberts, John Cleese and David Bowie are just a few of his celebrity alumni. Writers, producers, development executives and agents all flock to his lecture series, praising it as a mesmerizing and intense learning experience.

In Story, McKee expands on the concepts he teaches in his $450 seminars (considered a must by industry insiders), providing readers with the most comprehensive, integrated explanation of the craft of writing for the screen. No one better understands how all the elements of a screenplay fit together, and no one is better qualified to explain the "magic" of story construction and the relationship between structure and character than Robert McKee.

Robert McKee teaches his 3Story Structure2 class annually to sold out auditoriums in Los Angeles, New York, London and film capitals throughout the world. A Fulbright Scholar, this award-winning film and television writer has also served as project and talent development consultant to major production companies such as Tri-Star and Golden Harvest Films. He lives in Los Angeles and Cornwall, England.