Sextrology: The Astrology of Sex and the Sexes (Paperback) 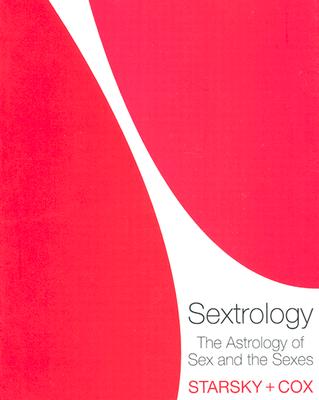 Sextrology: The Astrology of Sex and the Sexes (Paperback)

By Starsky and Cox

Picking up where Linda Goodman’s Love Signs never dared to go, here is an original, smart, and provocative approach to evaluating sexual identities that will once again have people asking, “What’s your sign?”

In sophisticated, uninhibited language, Sextrology candidly explores each sign of the zodiac, male and female, through a unique, wholly original astro-sexual philosophy. In this highly entertaining and illuminating romp from inside the head to inside the jeans, the authors uncover the naked truth behind each of the 24 gender signs. With nary a trace of new age mumbo jumbo, they explore each sign’s personal psychology, physical attributes, and sexual behavior in titillating detail—straight, gay, and beyond.

From fantasies to favorite positions, erogenous zones to emotional needs, Sextrology will help you better understand your and others’ sexual character, improve your understanding of relationships, and find out what to expect from a new person in your life. No stone is left unturned in this intelligent and enlightening investigation of sex and the sexes.

An extemely engaging, detailed book; readers will easily recognize themselves and their loved ones. — Library Journal

“Sextrology picks up where Linda Goodman left off...” — The National Post

“Not only is this the most sexually forthright astrology book...but its authors also really know their stuff.” — The San Francisco Chronicle

“Lusty Leo Kim Cattrall and sexy Sagittarian Scarlett Johansson own this racy read about how signs act in the sack.” — Us Magazine

“Astrology sexperts Starsky and Cox know more about your love life than you do.” — Gotham Magazine