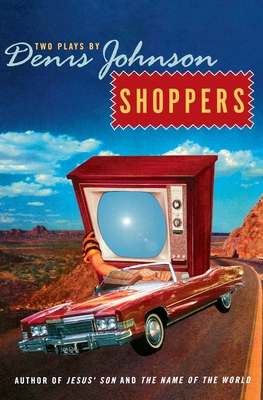 "Perfection is not the basis of what I'm talking about," says a member of the Cassandra family, which forms the center of Denis Johnson's plays, Hellhound on My Trail and Shoppers Carried by Escalators Into the Flames. The character could be speaking for his creator, because human imperfection is one of Denis Johnson's specialties -- in his critically acclaimed novels, short stories, and nonfiction, and, now, in two brilliant new plays.

These two works present a dramatized field guide to some of the more dysfunctional and dysphoric inhabitants of the American West: a sexual-misconduct investigator who misconducts herself sexually; a renegade Jehovah's Witness who supports his splinter Jehovean group by dealing drugs; the Cassandra Brothers and their father and their grandmother, thrown together at a family reunion/wedding/melee at their shabby homestead in Ukiah, California.

When Shoppers Carried by Escalators Into the Flames was performed in San Francisco in 2001, the Chronicle said, "There's an enormous appeal in Johnson's bleak-comic vision of a semi-mythic American West." That appeal derives from the author's perfect vision of imperfection, embodied with such energy and courage in these marvelous pieces of theatre.

Denis Johnson is the author of The Name of the World, Already Dead, Jesus' Son, Resuscitation of a Hanged Man, Fiskadoro, The Stars at Noon, and Angels. His poetry has been collected in the volume The Throne of the Third Heaven of the Nations Millennium General Assembly. He is the recipient of a Lannan Fellowship and a Whiting Writer's Award, among many other honors for his work. He lives in northern Idaho.