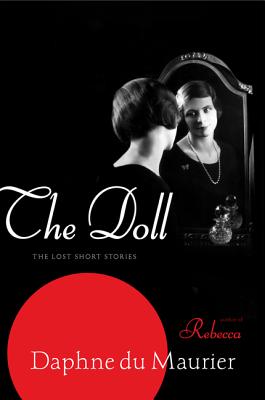 “Du Maurier is in a class by herself.”
—New York Times

Perhaps best known for her immortal gothic masterwork Rebecca—the basis for the Academy Award-winning motion picture directed by Alfred Hitchcock—Daphne de Maurier began her illustrious writing career penning short stories. In The Doll, thirteen of du Maurier’s early shorter fictional works have been collected—each story written before the author’s twenty-third birthday and some in print for the first time since the 1930s. Compelling tales of human foibles and tragic romance, the stories in The Doll represent the emergence of a remarkable literary talent who later went on to create Jamaica Inn, The Birds, and other classic works. This breathtaking collection of short fiction belongs on the bookshelf of every Daphne du Maurier fan.

Daphne du Maurier (1907–1989) has been called one of the great shapers of popular culture and the modern imagination. Among her more famous works are The Scapegoat, Jamaica Inn, Rebecca, and the short story "The Birds," all of which were subsequently made into films—the latter three directed by Alfred Hitchcock.

“This collection of early stories, some originally published in a now out-of-print volume, vividly portrays with humor, candidness, and detail du Maurier’s fascination with the problems of human connection, particularly when it comes to love.” — Publishers Weekly