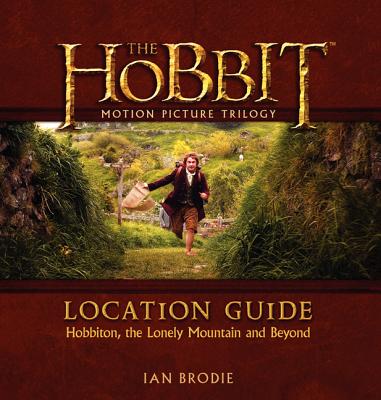 Discover the breathtaking locations around New Zealand featured in Peter Jackson’s The Hobbit films with this lush four-color travel guide from the author of the international bestseller The Lord of the Rings Location Guidebook. With a foreword by Sir Peter Jackson and contributions by Andy Serkis, Jared Connon, and Dan Hennah.

With The Hobbit Motion Picture Trilogy Location Guide, fans of Peter Jackson’s cinematic masterpieces can enjoy their own imaginative adventures and experience the magic and complexity of Hobbiton and Middle-earth.

Ian Brodie is a household name in New Zealand. The 51-year-old man from Luggate, New Zealand is recognized as the ‘Lord of the Rings’ and “Hobbit” guru. Author of three runaway best-selling books, which are guides to The Lord of the Rings locations used in the New Zealand made trilogy, his fame has spread internationally. Brodie researched, co-produced and helped present the Television NZ Documentary “The Real Middle-earth” which aired in February 2004. He has also appeared with Phil Keoghan as a co-presenter of a Discovery Channel documentary on New Zealand. He appears regularly on television and recently hosted the Warbirds Over Wanaka 2008 DVD and documentary. An accomplished professional photographer winning international awards, his images have appeared worldwide in aviation and tourist publications, posters and billboards. He has written numerous articles for travel magazines world-wide, accompanied with his own images.