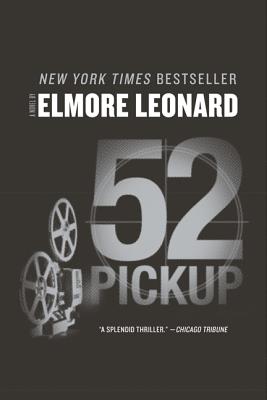 52 Pickup is a rip-roaring thriller from master of crime fiction Elmore Leonard, the New York Times bestselling author of Raylan, Get Shorty, Killshot, and other novels of suspense.

Detroit businessman Harry Mitchell has had only one affair in his twenty-two years of happy matrimony. Unfortunately, someone caught his indiscretion on film and now wants Harry to fork over one hundred grand to keep his infidelity a secret. And if Harry doesn’t pay up, the blackmailer and his associates plan to press a lot harder—up to and including homicide, if necessary.

But the psychos picked the wrong pigeon for their murderous scam. Because Harry Mitchell doesn’t get mad...he gets even.

Elmore Leonard wrote more than forty books during his long career, including the bestsellers Raylan, Tishomingo Blues, Be Cool, Get Shorty, and Rum Punch, as well as the acclaimed collection When the Women Come Out to Dance, which was a New York Times Notable Book. Many of his books have been made into movies, including Get Shorty and Out of Sight. The short story "Fire in the Hole," and three books, including Raylan, were the basis for the FX hit show Justified. Leonard received the Lifetime Achievement Award from PEN USA and the Grand Master Award from the Mystery Writers of America. He died in 2013.