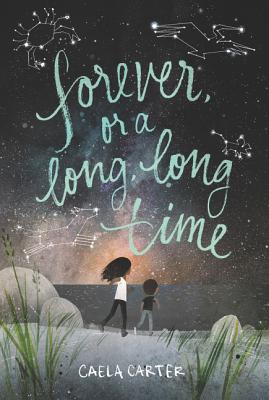 From rising star Caela Carter, author of My Life with the Liars and How to Be a Girl in the World, comes a captivating and heartfelt story about siblings who learn that love can never be divided, only multiplied.

Flora and her brother, Julian, don’t believe they were born. They’ve lived in so many foster homes, they can’t remember where they came from. And even now that they’ve been adopted, Flora still struggles to believe that they’ve found their forever home. Though Flora is trying her best to trust two new people, when she finds out that there will be a new baby, she’s worried that there won’t be enough love for everyone.

So along with their new mother, Flora and Julian begin a journey to go back and discover their past—for only then can they really begin to build their future.

Perfect for fans of Rebecca Stead’s When You Reach Me, Kathryn Erskine’s Mockingbird, and Ali Benjamin’s The Thing About Jellyfish, this powerful novel about love and family will inspire and delight readers of all ages.

Caela Carter is a writer and an educator. She is a graduate of the New School’s MFA program in writing for children. She has written three books for middle grade readers: One Speck of Truth, My Life with the Liars, and Forever, or a Long, Long Time, which received three starred reviews, among other accolades. Caela lives in Brooklyn with her family. You can visit her online at www.caelacarter.com.

★ “This stunning portrayal of the circuitous path of trauma and healing teems with compassion, empathy, and the triumph of resilience.” — Booklist (starred review)

★ “Carter delicately draws readers into the lives of a group of people overcoming obstacles as they learn how to become a family. The novel’s heart belongs to the relationship among Emily, Flora, and Julian as they learn how to trust and to meet one another’s needs.” — School Library Journal (starred review)

★ “Carter’s sophomore novel gently weaves the heartache and confusion of abandonment with the struggle for love and acceptance. Poetic and meditative, this emotionally enthralling novel undresses assumptions with purpose and hope.” — Kirkus Reviews (starred review)

“This nuanced novel highlights the struggle to trust an adoptive family after a traumatic history in foster care.Carter’s layered narrative doesn’t shy from pain as it testifies to resilience and the expansive power of love.” — Publishers Weekly

“Flora’s narration is deftly turned. The portrayal of kids whose lives have genuinely impaired them has grit and honesty as well as warmth, and it will open many readers’ eyes to the impact of trauma.” — Bulletin of the Center for Children’s Books