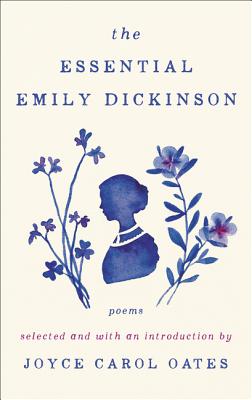 “Between them, our great visionary poets of the American nineteenth century, Emily Dickinson and Walt Whitman, have come to represent the extreme, idiosyncratic poles of the American psyche. . . .

Dickinson never shied away from the great subjects of human suffering, loss, death, even madness, but her perspective was intensely private; like Rainer Maria Rilke and Gerard Manley Hopkins, she is the great poet of inwardness, of the indefinable region of the soul in which we are, in a sense, all alone.” —from the introduction by Joyce Carol Oates

Known as “The Myth of Amherst” for her withdrawal from society while still a young women, Emily Dickinson (1830-1886) had an inner life that was deeply emotional and intense. She know rapture and despair, pondered the wonder of God and the meaning of death. She broke tradition and was criticized for her seminal experiments with unorthodox phrasing, rhyme and broken meter, within concise verse forms, thus becoming an innovator and forerunner of modern poets.