Recollections of My Life as a Woman: The New York Years (Paperback) 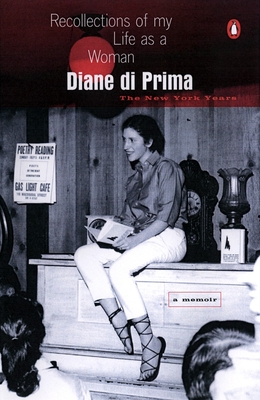 Recollections of My Life as a Woman: The New York Years (Paperback)


Not On Our Shelves—Ships in 1-5 Days
In Recollections of My Life as a Woman, Diane di Prima explores the first three decades of her extraordinary life. Born into a conservative Italian American family, di Prima grew up in Brooklyn but broke away from her roots to follow through on a lifelong commitment to become a poet, first made when she was in high school. Immersing herself in Manhattan's early 1950s Bohemia, di Prima quickly emerged as a renowned poet, an influential editor, and a single mother at a time when this was unheard of. Vividly chronicling the intense, creative cauldron of those years, she recounts her revolutionary relationships and sexuality, and how her experimentation led her to define herself as a woman. What emerges is a fascinating narrative about the courage and triumph of the imagination, and how one woman discovered her role in the world.
Diane Di Prima is the author of thirty-four books of poetry and prose, which have been translated into twenty languages. She lives in San Francisco, where she works as a writer and teacher.
"This journey of a young Italian American girl, through the minefields of her childhood in Brooklyn to her breakthrough as a liberated female intellectual decades before the modern women's movement began, is never less than honest and resounds with authenticity." —The Washington Post

"These 'Recollections' are full of light and wonder." —San Francisco Chronicle