The Voyage of the Beagle: Charles Darwin's Journal of Researches (Paperback) 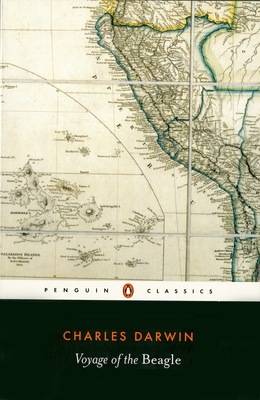 The Voyage of the Beagle: Charles Darwin's Journal of Researches (Paperback)

When HMS Beagle sailed out of Devonport on 27 December 1831, Charles Darwin was twenty-two and setting off on the voyage of a lifetime. His journal, here reprinted in a shortened form, shows a naturalist making patient observations concerning geology, natural history, people, places and events. Volcanoes in the Galapagos, the Gossamer spider of Patagonia and the Australasian coral reefs - all are to be found in these extraordinary writings. The insights made here were to set in motion the intellectual currents that led to the theory of evolution, and the most controversial book of the Victorian age: The Origin of Species. This volume reprints Charles Darwin's journal in a shortened form. In their introduction Janet Brown and Michael Neve provide a background to Darwin's thought and work, and this edition also includes notes, maps, appendices and an essay on scientific geology and the Bible by Robert FitzRoy, Darwin's friend and Captain of the Beagle.

For more than seventy years, Penguin has been the leading publisher of classic literature in the English-speaking world. With more than 1,700 titles, Penguin Classics represents a global bookshelf of the best works throughout history and across genres and disciplines. Readers trust the series to provide authoritative texts enhanced by introductions and notes by distinguished scholars and contemporary authors, as well as up-to-date translations by award-winning translators.
Charles Darwin, a Victorian scientist and naturalist, has become one of the most famous figures of science to date. Born in 1809 to an upper-middle-class medical family, he was destined for a career in either medicine or the Anglican Church. However, he never completed his medical education and his future changed entirely in 1831 when he joined HMS Beagle as a self-financing, independent naturalist. On returning to England in 1836 he began to write up his theories and observations which culminated in a series of books, most famously On the Origin of Species by Means of Natural Selection in 1859, where he challenged and contradicted contemporary biological and religious beliefs with two decades worth of scientific investigation and theory. Darwin's theory of natural selection is now the most widely accepted scientific model of how species evolve. He died in 1882 and was buried in Westminster Abbey.

Damien Hirst is an internationally renowned English artist, who has dominated the art scene in England since the 1990s. Known in particular for his series of works on death, Hirst here provides a contemporary, visual take on Darwin's theory of evolution - the struggle between life and death in nature.