The Conquest of New Spain (Paperback) 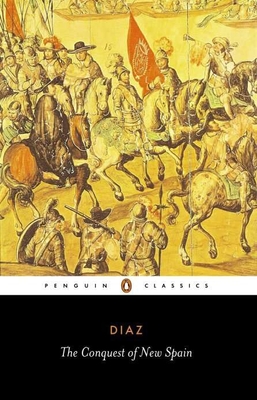 The Conquest of New Spain (Paperback)


Not On Our Shelves—Ships in 1-5 Days
Vivid, powerful and absorbing, this is a first-person account of one of the most startling military episodes in history: the overthrow of Montezuma's doomed Aztec Empire by the ruthless Hernan Cortes and his band of adventurers. Bernal Díaz del Castillo, himself a soldier under Cortes, presents a fascinatingly detailed description of the Spanish landing in Mexico in 1520 and their amazement at the city, the exploitation of the natives for gold and other treasures, the expulsion and flight of the Spaniards, their regrouping and eventual capture of the Aztec capital.

For more than seventy years, Penguin has been the leading publisher of classic literature in the English-speaking world. With more than 1,700 titles, Penguin Classics represents a global bookshelf of the best works throughout history and across genres and disciplines. Readers trust the series to provide authoritative texts enhanced by introductions and notes by distinguished scholars and contemporary authors, as well as up-to-date translations by award-winning translators.
Spanish historian Bernal Diaz del Castillo (c.1492-1584) was a soldier in the army of the conquistador Cortes in the attack on the Aztecs.