Lives of the Artists: Volume 1 (Paperback) 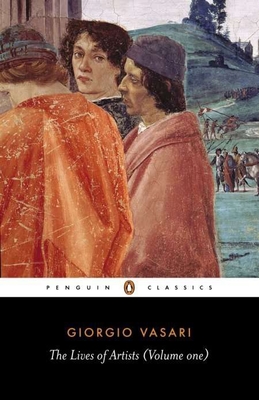 Lives of the Artists: Volume 1 (Paperback)


Special Order—Subject to Availability
In his Lives of the Artists of the Italian Renaissance, Vasari demonstrated a literary talent that outshone even his outstanding abilities as a painter and architect. Through character sketches and anecdotes he depicts Piero di Cosimo shut away in his derelict house, living only to paint; Giulio Romano's startling painting of Jove striking down the giants; and his friend Francesco Salviati, whose biography also tells us much about Vasari's own early career. Vasari's original and soaring vision plus his acute aesthetic judgements have made him one of the most influential art historians of all time.
Giorgio Vasari (1511-74) was an accomplished painter and architect, but it is for his illuminating biographies of artists that he is best remembered. George Bull translated widely from the Italian during his lifetime, and also wrote several books on the Renaissance period.