The Miser and Other Plays: A New Selection (Paperback) 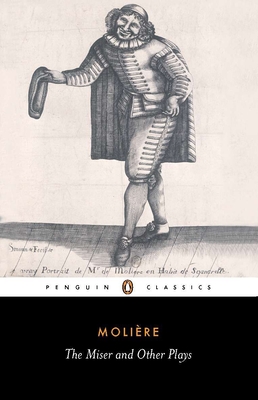 The Miser and Other Plays: A New Selection (Paperback)


Special Order—Subject to Availability
This volume of Moliere's dramatic commentaries on society presents The Miser, a misguided hero who obsessively disrupts the lives of those around him. The School for Wives is newly translated for this edition and was fiercely denounced as impious and vulgar. Moliere's response to his detractors became The School for Wives Criticized. Even more alarming to critics was his version of Don Juan. In The Hypochondriac, he produced an outrageous expose of medicine.

For more than seventy years, Penguin has been the leading publisher of classic literature in the English-speaking world. With more than 1,700 titles, Penguin Classics represents a global bookshelf of the best works throughout history and across genres and disciplines. Readers trust the series to provide authoritative texts enhanced by introductions and notes by distinguished scholars and contemporary authors, as well as up-to-date translations by award-winning translators.
Moliere was the stage name of Jean-Baptiste Poquelin (1622-1673). His plays achieved great success, especially his masterpiece, The Misanthrope, and elicited enormous controversy with their religious irreverence.

John Wood was born in 1900 and went to Manchester University. After some years in teaching and adult education he spent his working life in educational administration. Concern with the relevance of the arts in education, combined with personal predilection, led to involvement with the theatre and with the work of Molière in particular, as producer and translator. He also translated The Misanthrope and Other Plays and The Miser and Other Plays for Penguin Classics.

David Coward is Emeritus Professor of French at the University of Leeds, England. He won a Scott-Moncrieff prize for his edition of Albert Cohen's Belle du Seigneur.