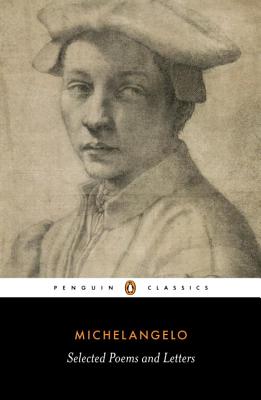 
Special Order—Subject to Availability
Michelangelo Buonarroti (1475-1564) is universally celebrated as one of the greatest artists of all time, yet iconic Renaissance creator was also a prolific and gifted poet. The verses collected here are primarily devoted to love and religion. Intense and passionate, the love poems focus on two figures: Tommaso de Cavalieri and Vittoria Colonna; with the sonnets and madrigals dedicated to de Cavalieri revealing a highly charged, homoerotic fervour - previously obscured in the original versions. Michelangelo's later religious poetry moves away from his earlier wordly concerns, while his letters provide a fasicnating insight into his fanily relations and day-to-day life as a working artist. The result is a revealing picture of one of the towering figures of the Renaissance.
Michelangelo Buonarroti (1475-1564) was one of the most inspired creators in the history of art and, with Leonardo da Vinci, the most potent force in the Italian High Renaissance. As a sculptor, architect, painter, and poet, he exerted a tremendous influence on his contemporaries and on subsequent Western art in general. Anthony Mortimer was Visiting Professor of Comparative Literature at the University of Lausanne and in 1994 Visiting Research Fellow at Merton College, Oxford. He served as Dean of the Faculty of Letters (1984-85) and has also directed the inter-university troisieme cycle seminar for postgraduate students of English. He is a member of the Swiss Academy for the Humanities and Social Sciences. Anthony Mortimer's major interests are in Shakespeare, poetry of the sixteenth and seventeenth centuries, Anglo-Italian literary relations, and verse translation.