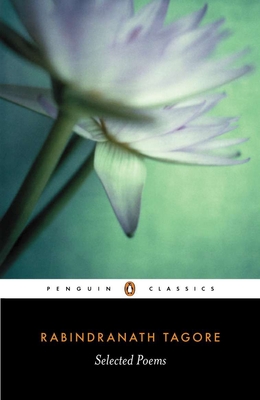 The poems of Rabindranath Tagore are among the most haunting and tender in Indian and in world literature, expressing a profound and passionate human yearning. His ceaselessly inventive works deal with such subjects as the interplay between God and the world, the eternal and transient, and with the paradox of an endlessly changing universe that is in tune with unchanging harmonies. Poems such as “Earth” and “In the Eyes of a Peacock” present a picture of natural processes unaffected by human concerns, while others, as in “Recovery – 14,” convey the poet's bewilderment about his place in the world. And exuberant works such as “New Rain” and “Grandfather's Holiday” describe Tagore's sheer joy at the glories of nature or simply in watching a grandchild play.

For more than seventy years, Penguin has been the leading publisher of classic literature in the English-speaking world. With more than 1,700 titles, Penguin Classics represents a global bookshelf of the best works throughout history and across genres and disciplines. Readers trust the series to provide authoritative texts enhanced by introductions and notes by distinguished scholars and contemporary authors, as well as up-to-date translations by award-winning translators.
Rabindranath Tagore (1861–1941) a Bengali poet, Brahmo Samaj philosopher, visual artist, playwright, novelist, and composer whose works reshaped Bengali literature and music in the late 19th and early 20th centuries. A cultural icon of Bengal and India, he became Asia's first Nobel laureate when he won the 1913 Nobel Prize in Literature.

William Radice was born in 1951 in London. He is a poet and a scholar and translator of Bengali, and has written or edited nearly thirty books. He has also translated Tagore's short stories and his novel, The Home and the World, for Penguin.
By the Winner of the Nobel Prize in Literature