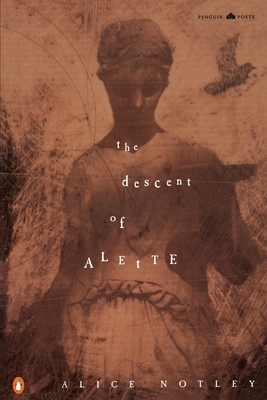 
Not On Our Shelves—Ships in 1-5 Days
The Decent Of Alette is a rich odyssey of transformation in the tradition of The Inferno. Alice Notley presents a feminist epic: a bold journey into the deeper realms. Alette, the narrator, finds herself underground, deep beneath the city, where spirits and people ride endlessly on subways, not allowed to live in the world above. Traveling deeper and deeper, she is on a journey of continual transformation, encountering a series of figures and undergoing fragmentations and metamorphoses as she seeks to confront the Tyrant and heal the world. Using a new measure, with rhythmic units indicated by quotations marks, Notley has created a "spoken" text, a rich and mesmerizing work of imagination, mystery, and power.
Alice Notley is a poet whose twenty previous titles include The Descent of Alette, Beginning with a Stain, Homer's Art, and Selected Poems. She wrote the introduction for her late first husband Ted Berrigan's Selected Poems. She lives in Paris.