Mossflower: A Tale from Redwall (Paperback) 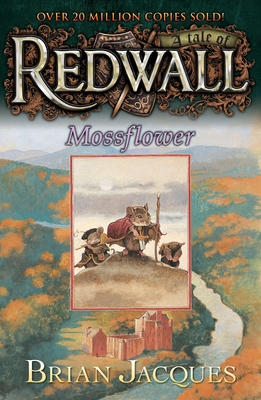 Mossflower: A Tale from Redwall (Paperback)

This is book number 2 in the Redwall series.

Soon to be a Netflix original series!

The thrilling prequel to Redwall, a must-read for any fan of the beloved, bestselling Redwall saga.

The clever and greedy wildcat Tsarmina becomes ruler of all Mossflower Woods and is determined to govern the peaceful woodlanders with an iron paw. The brave mouse Martin and quick-talking mouse thief Gonff meet in the depths of Kotir Castle's dungeon. The two escape and resolve to end Tsarmina's tyrannical rule. Joined by Kinny the mole, Martin and Gonff set off on a dangerous quest for Salamandastron, where they are convinced that their only hope, Boar the Fighter, still lives.

Perfect for fans of T. A. Barron’s Merlin saga, John Flanagan’s Ranger’s Apprentice series, and J. R. R. Tolkien’s Lord of the Rings series.
Brian Jacques (redwallabbey.com) was born in Liverpool in 1939. He left school at age fifteen and found work as a docker, a truck driver, a policeman and a stand-up comic, all before turning his attention to writing. He wrote his first novel, Redwall, for the children at a school for the blind in Liverpool. Since 1986, his descriptive style of writing has captivated readers from age 8 to 80. His books have won international awards and acclaim and have been made into a TV series.
Praise for Brian Jacques' Redwall series...