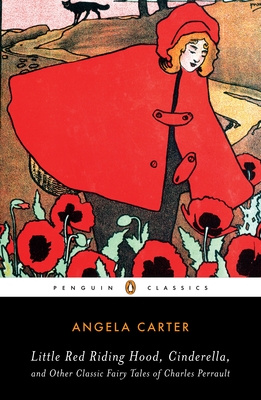 
Special Order—Subject to Availability
Ten beloved fairy tales, given new life by the one and only Angela Carter

Little Red Riding Hood. Cinderella. Sleeping Beauty. Bluebeard. The Fairies. Many classic fairy tale characters might not have survived into the present were it not for Charles Perrault, a seventeenth-century French civil servant who rescued them from the oral tradition and committed them to paper. Three centuries later, Angela Carter, widely regarded as one of England’s most imaginative writers, adapted them for contemporary readers. The result is a cornucopia of fantastic characters and timeless adventures, stylishly retold by a modern literary visionary.

For more than seventy years, Penguin has been the leading publisher of classic literature in the English-speaking world. With more than 1,700 titles, Penguin Classics represents a global bookshelf of the best works throughout history and across genres and disciplines. Readers trust the series to provide authoritative texts enhanced by introductions and notes by distinguished scholars and contemporary authors, as well as up-to-date translations by award-winning translators.
Angela Carter (1940–1992) wrote nine novels and numerous short stories, as well as nonfiction, radio plays, and the screenplay for Neil Jordan's 1984 movie The Company of Wolves, based on her story. She won numerous literary awards, traveled and taught widely in the United States, and lived in London.

Charles Perrault (1628–1703), a member of the Académie Française, published his fairy tales anonymously in the 1690s.

Jack Zipes (introducer) has translated such works as the fairy tales of the Brothers Grimm and Hermann Hesse, written several books of criticism, and edited numerous anthologies, including Spells of Enchantment: The Wondrous Fairy Tales of Western Culture (Penguin). For Penguin Classics he has edited The Wonderful World of Oz, Pinocchio, and Peter Pan. He has been honored with the Distinguished Scholar Award by the International Association for the Fantastic in the Arts.
“[Angela Carter] was the most brilliant writer in England. . . its high sorceress, its benevolent witch-queen, a burlesque artist of genius and antic grace.” —Salman Rushdie