Iqbal: Poet of the East (Paperback) 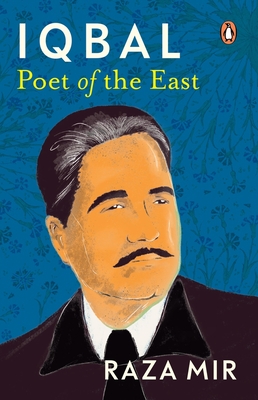 Iqbal: Poet of the East (Paperback)

Allama Muhammad Iqbal (1877-1938), also known as the 'Poet of the East', earned a doctorate in philosophy from the Ludwig-Maximillian University at Munich, and wrote his most evocative poems in Urdu, a language that was not his mother tongue. He counted Jawaharlal Nehru as one of his fans, and earned Mahatma Gandhi's respect as well. His funeral was attended by 70,000 people, which included colonialists and freedom fighters, socialist atheists and Islamic fundamentalists, Indian nationalists and Muslim Leaguers, reflecting his ability to defy categorization.

The book is a relatively short volume that introduces Iqbal to the millennial generation. It is written in a relatively contemporary language, similar to Ghalib: A Thousand Desires. The bulk of the book will comprise a temporal and intellectual biography of Iqbal, while the rest will include a detailed discussion of one of Iqbal's poems, a translation of some of his well-known poems, and a sampling of some of his famous verses.
It will not for the Iqbal-expert or the Urdu-expert, but for a relative newcomer.

Raza Mir grew up in Hyderabad, and teaches management at William Paterson University, USA. He is the author of The Taste of Words: An Introduction to Urdu Poetry and the co-author of Anthems of Resistance: A Celebration of Progressive Urdu Poetry. He can be reached at urduwallah@gmail.com