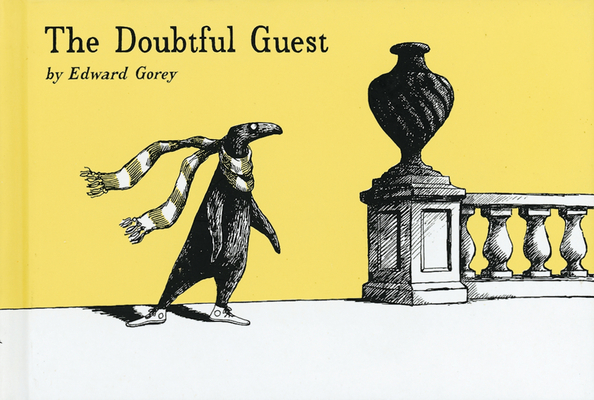 
Not On Our Shelves—Ships in 1-5 Days
A vaguely sinister comedy of manners by beloved artist Edward Gorey Told in a set of fourteen rhyming couplets, The Doubtful Guest is the story of a solemn, mysterious, outdoor creature, dressed rather ordinarily in sneakers and a scarf, who appears on a winter night at a family's Victorian home and never leaves again. Gorey's eerie and charming illustrations accompany the verses, making this an enjoyably strange (and strangely enjoyable) read for all ages.