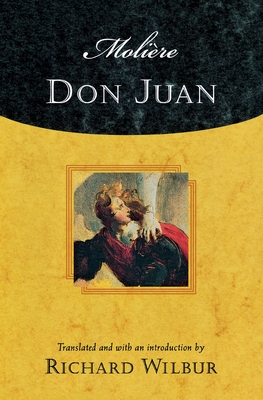 
Not On Our Shelves—Ships in 1-5 Days
Don Juan, the "Seducer of Seville," originated as a hero-villain of Spanish folk legend, is a famous lover and scoundrel who has made more than a thousand sexual conquests. One of Molière's best-known plays, Don Juan was written while Tartuffe was still banned on the stages of Paris, and shared much with the outlawed play. Modern directors transform Don Juan in every new era, as each director finds something new to highlight in this timeless classic. Richard Wilbur's flawless translation will be the standard for generations to come, as have his translations of Molière's other plays. Witty, urbane, and poetic in its prose, Don Juan is, most importantly, as funny now as it was for audiences when it was first presented.