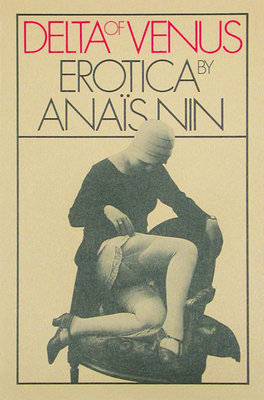 By Anaïs Nin
List Price: $16.99
Our Price: $15.99
(Save: $1.00 6%)
In Stock—Click for Locations
From influential feminist artist and essayist Anais Nin, Delta of Venus is one of the most important works of modern female erotica and "a joyous display of the erotic imagination" (The New York Times Book Review).In this story collection, Anais Nin pens a lush, magical world where the characters of her imagination possess the most universal of desires and exceptional of talents. Among these provocative stories, a Hungarian adventurer seduces wealthy women then vanishes with their money; a veiled woman selects strangers from a chic restaurant for private trysts; and a Parisian hatmaker named Mathilde leaves her husband for the opium dens of Peru. This is an extraordinarily rich and exotic collection from a master of erotic writing."Inventive, sophisticated . . . highly elegant naughtiness."??—??Cosmopolitan
ANAÏS NIN (1903-1977) was born in Paris and aspired at an early age to be a writer. An influential artist and thinker, she was the author of several novels, short stories, critical studies, a collection of essays, nine published volumes of her Diary, and two volumes of erotica, Delta of Venus and Little Birds.
“The first American stories by a woman to celebrate sexuality with complete and open abandonment. . . A joyous display of the erotica imagination.”—The New York Times Books Review     “As readable and persuasive as some of the best of Isak Dinesen…A style as rich and compelling. . .as the best of the elegant French writers of erotica.”—Los Angeles Times