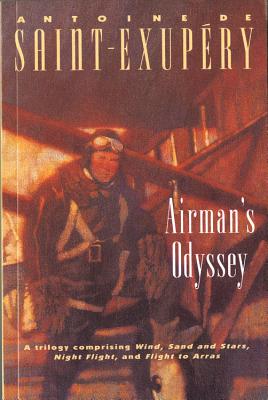 Three classic adventure stories, reminders of both the romance and the reality of the pioneer era of aviation: Night Flight; Wind, Sand and Stars; and Flight to Arras. Introduction by Richard Bach. Translated by Lewis Galantière and Stuart Gilbert.

ANTOINE DE SAINT-EXUPÉRY, the "Winged Poet," was born in Lyon, France, in 1900. A pilot at twenty-six, he was a pioneer of commercial aviation and flew in the Spanish Civil War and World War II. His writings include The Little Prince, Wind, Sand and Stars, Night Flight, Southern Mail, and Airman's Odyssey. In 1944, while flying a reconnaissance mission for his French air squadron, he disappeared over the Mediterranean.