The Misanthrope And Tartuffe, By Molière (Paperback) 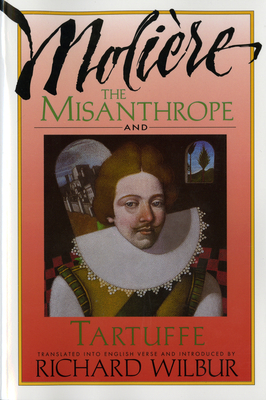 The Misanthrope And Tartuffe, By Molière (Paperback)


Not On Our Shelves—Ships in 1-5 Days
In brilliant rhymed couplets, Pulitzer Prize-winning poet Richard Wilbur renders two of seventeenth-century French playwright Moliere's comic masterpieces into English, capturing not only the form and spirit of the language but also its substance.

The Misanthrope is a searching comic study of falsity, shallowness, and self-righteousness through the character of Alceste, a man whose conscience and sincerity are too rigorous for his time.

In Tartuffe, a wily, opportunistic swindler manipulates a wealthy prude and bigot through his claims of piety. This latter translation earned Wilbur a share of the Bollingen Translation Prize for his critically-acclaimed work of this satiric take on religious hypocrisy.

"Mr. Wilbur has given us a sound, modern, conversational poetry and has made Moliere's The Misanthrope brilliantly our own.”—The New York Times Book Review

RICHARD WILBUR, one of America’s most beloved poets, has served as poet laureate of the United States. He has received the National Book Award, two Pulitzer Prizes, the National Arts Club medal of honor for literature, and a number of translation prizes, including two Bollingen Prizes and two awards from PEN.