Islands in a Cosmopolitan Sea: A History of the Comoros (Hardcover) 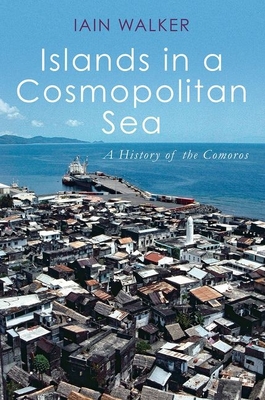 Islands in a Cosmopolitan Sea: A History of the Comoros (Hardcover)


On Our Shelves Now at:
Many people today have never heard of the Comoros, but these islands were once part of a prosperous regional trading economy that stretched halfway around the world. A key node in the trading networks of the Indian Ocean, the Comoros prospered by exchanging slaves and commodities with Arab and Indian merchants. By the sixteenth century, the archipelago served as an important supply point on the route from Europe to Asia. The twentieth century brought the establishment of French colonial rule and a plantation economy. Since declaring its independence in 1975, the Comoros has been blighted by more than twenty coups, a radical revolutionary government and a mercenary regime. Today, the island nation suffers chronic mismanagement and relies on remittances from a diaspora community in France. Nonetheless, the Comoros is largely peaceful and culturally vibrant-- connected to the outside world in the internet age, but, at the same time, still slightly apart. Iain Walker traces the history and unique culture of these enigmatic islands, from their first settlement by Africans, Arabs and Austronesians, through their heyday within the greater Swahili world, to their decline as a forgotten outpost of the French colonial empire.