Across the Black Water: The Andaman Archives (Hardcover) 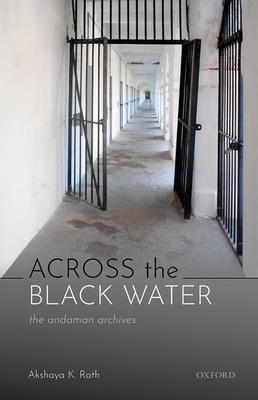 Across the Black Water: The Andaman Archives (Hardcover)


Special Order—Subject to Availability
(This book cannot be returned.)
The British Empire transported thousands of Indian convicts to form a penal colony in the Andaman Islands. The formation of the penal colony involved a wide range of documentation. Administrative studies, reports, and commentaries were regularly produced on a variety of subjects such as prison
reforms, convicts and their families, aborigine peoples of the land, local agriculture and trade, and Indian Ocean politics. All these constitute the Andaman Archives. Apart from official sources, different kinds of private sources also come within the ambit of the Archives. These include letters
and autobiographical narratives written by prisoners and serving officials, documents prepared by the Indian National Congress on the condition of the political prisoners as well as newspaper reports on the Colony published in India and Britain.
With a detailed critical introduction that recounts the genesis of the penal settlement in the nineteenth-century and follows its story till the arrival of the Azad Hind army of Subhas Chandra Bose in the Andamans during the Second World War, Across the Black Water, for the first time, brings to the
readers a collection of key documents from the Andaman Archives. These documents have stood witness to historic events not only of the penal colony but also of the Indian national freedom movement. They help to reconstruct the relationships of important figures such as V.D. Savarkar, R.N. Tagore,
and M.K. Gandhi with imperial court of law and penal systems. The book will be of vital interest to academic scholars who pursue research as well as to wider public who are curious about the history of modern South Asia at large.
Akshaya K. Rath, Assistant Professor, National Institute of Technology Rourkela Akshaya K. Rath is Assistant Professor at the Department of Humanities and Social Sciences, National Institute of Technology Rourkela, India, where he teaches creative writing, gender studies, and theories of alterity. Secret Writings of Hoshang Merchant (ed., 2016) and Gay Icons of India(co-author, 2019) are his most recent books.