The Third Reich in History and Memory (Paperback) 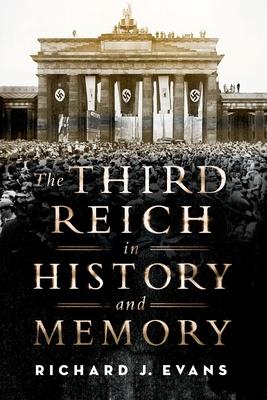 The Third Reich in History and Memory (Paperback)


Not On Our Shelves—Ships in 1-5 Days
(This book cannot be returned.)
In the seventy years since the demise of the Third Reich, there has been a significant transformation in the ways in which the modern world understands Nazism. In this brilliant and eye-opening collection, Richard J. Evans, the acclaimed author of the Third Reich trilogy, offers a critical commentary on that transformation, exploring how major changes in perspective have informed research and writing on the Third Reich in recent years. Drawing on his most notable writings from the last two decades, Evans reveals the shifting perspectives on Nazism's rise to political power, its economic intricacies, and its subterranean extension into postwar Germany. Evans considers how the Third Reich is increasingly viewed in a broader international context, as part of the age of imperialism; discusses the growing emphasis on the larger economic and cultural circumstances of the era; and emphasizes the development of research into Nazi society, particularly in the understanding of Nazi Germany as a political system based on popular approval and consent. Exploring the complex relationship between memory and history, Evans also points out the places where the growing need to confront the misdeeds of Nazism and expose the complicity of those who participated has led to crude and sweeping condemnation, when instead historians should be making careful distinctions. Written with Evans' sharp-eyed insight and characteristically compelling style, these essays offer a summation of the collective cultural memory of Nazism in the present, and suggest the degree to which memory must be subjected to the close scrutiny of history.

Richard J. Evans is Regius Professor of History at Cambridge University. Knighted in 2012 for his services to scholarship, he is the author of many prizewinning and bestselling books, including his acclaimed study of the Third Reich, whose three volumes have been translated into twelve languages.