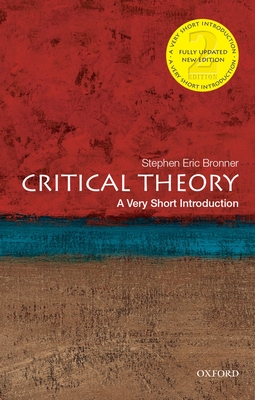 
On Our Shelves Now at:
Critical theory emerged in the 1920s from the work of the Frankfurt School, the circle of German-Jewish academics who sought to diagnose -- and, if at all possible, cure -- the ills of society, particularly fascism and capitalism. In this book, Stephen Eric Bronner provides sketches of leading representatives of the critical tradition (such as George Luk cs and Ernst Bloch, Theodor Adorno and Walter Benjamin, Herbert Marcuse and Jurgen Habermas) as well as many of its seminal texts and empirical investigations. This Very Short Introduction sheds light on the cluster of concepts and themes that set critical theory apart from its more traditional philosophical competitors. Bronner explains and discusses concepts such as method and agency, alienation and reification, the culture industry and repressive tolerance, non-identity and utopia. He argues for the introduction of new categories and perspectives for illuminating the obstacles to progressive change and focusing upon hidden transformative possibilities. In this newly updated second edition, Bronner targets new academic interests, broadens his argument, and adapts it to a global society amid the resurgence of right-wing politics and neo-fascist movements.

Stephen Eric Bronner is Board of Governors Professor at Rutgers University. He is also Director of Global Relations and on the Executive Committee of the UNESCO Chair for Genocide Prevention at the Center for the Study of Genocide and Human Rights. His writings have been translated into more than a dozen languages.