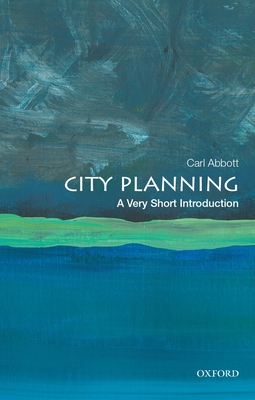 
In Stock—Click for Locations
City planning is a practice and a profession. It is also a set of goals and--sometimes utopian--aspirations. Formal thought about the shaping of cities as physical spaces and social environments calls on the same range of disciplines and approaches that we use for understanding cities themselves, from art and literature through the social and natural sciences. Surrounding the core profession of city planning, also known as urban or town planning, are related fields of architecture, landscape design, engineering, geography, political science and policy, sociology, and social work. In addition, the legions of community and environmental activists influence debates and controversies within the field. This Very Short Introduction is organized around eight key aspects of city planning: street layout; congestion and decentralization; the response to suburbanization; the conservation and regeneration of older districts; cities as natural systems; cities and regions; social class and ethnicity; and disasters and resilience. The underlying assumption throughout is that decisions that we make today about cities and metropolitan regions are best understood as the continuation of past efforts to solve fundamental problems that have shifted and evolved over multiple generations. At its best, city planning utilizes technical tools to achieve goals set by community action and political debate. Carl Abbott's addition to Oxford's long-running Very Short Introduction series is a brief but concentrated look at past decisions about the management of urban growth and their effects on the creation of the twenty-first century city. ABOUT THE SERIES:
The Very Short Introductions series from Oxford University Press contains hundreds of titles in almost every subject area. These pocket-sized books are the perfect way to get ahead in a new subject quickly. Our expert authors combine facts, analysis, perspective, new ideas, and enthusiasm to make interesting and challenging topics highly readable.

Carl Abbott is Professor Emeritus of Urban Studies and Planning at Portland State University. He is the author or editor of many books, including The New Urban America: Growth and Politics in Sunbelt Cities and How Cities Won the West: Four Centuries of Urban Change in Western North America.