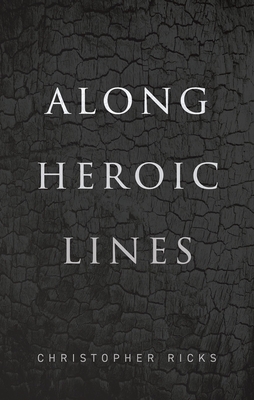 
In Stock—Click for Locations
A selection of new and revised essays from eminent scholar and critic Professor Christopher Ricks. Christopher Ricks brings together new as well as substantially augmented critical essays across a wide range. Several derive from his term as the Professor of Poetry at the University of Oxford, when his inaugural lecture engaged with the illuminatingly puzzled relations between poetry and prose.
Comparison and analysis (the tools of the critic, as T.S. Eliot insisted) are enlivened by imaginative pairings: of Samuel Johnson with Samuel Beckett, of Norman Mailer with Dickens, of Shakespeare with George Herbert, or of secret-police surveillance in Ben Jonson's Rome with that of Carmen Bugan's
Romania. Along Heroic Lines devotes itself to the heroic and to 'heroics' (Othello cross-examined by T.S. Eliot; Byron and role-playing; Ion Bugan, political protest and arrest). This knot is in tension with the English heroic line (Dryden's heroic triplets, Henry James's cadences, Geoffrey Hill's concluding
book of prose-poems and how they choose to conclude). All alert to the balance and sustenance of alternate tones that prose and poetry can achieve in harmony.

Christopher Ricks is the author of Milton's Grand Style (1963), Tennyson, Keats and Embarrassment, The Force of Poetry, T.S.Eliot and Prejudice, Beckett's Dying Words, Essays in Appreciation, Allusion to the Poets, Dylan's Visions of Sin, and True Friendship. He edited The New Oxford Book ofVictorian Verse and The Oxford Book of English Verse, The Poems of Tennyson, and (with Lisa Nemrow and Julie Nemrow) Bob Dylan: The Lyrics, as well as (with Jim McCue) The Poems of T.S.Eliot (2015).