An Introduction to Thermal Physics (Paperback) 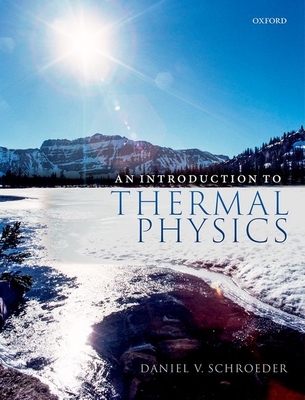 An Introduction to Thermal Physics (Paperback)


Not On Our Shelves—Ships in 1-5 Days
Thermal physics deals with collections of large numbers of particles - typically 10 to the 23rd power or so. Examples include the air in a balloon, the water in a lake, the electrons in a chunk of metal, and the photons given off by the sun. We can't possibly follow every detail of the motions of so many particles. So in thermal physics we assume that these motions are random, and we use the laws of probability to predict how the material as a whole ought to behave. Alternatively, we can measure the bulk properties of a material, and from these infer something about the particles it is made of. This book will give you a working understanding of thermal physics, assuming that you have already studied introductory physics and calculus. You will learn to apply the general laws of energy and entropy to engines, refrigerators, chemical reactions, phase transformations, and mixtures. You will also learn to use basic quantum physics and powerful statistical methods to predict in detail how temperature affects molecular speeds, vibrations of solids, electrical and magnetic behaviors, emission of light, and exotic low-temperature phenomena. The problems and worked examples explore applications not just within physics but also to engineering, chemistry, biology, geology, atmospheric science, astrophysics, cosmology, and everyday life.