A Sand County Almanac: And Sketches Here and There (Paperback) 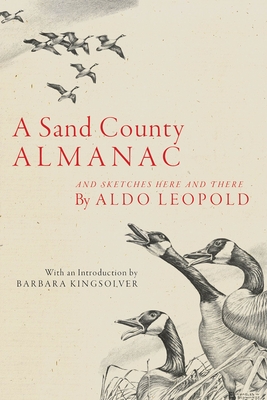 A Sand County Almanac: And Sketches Here and There (Paperback)


In Stock—Click for Locations
Few books have had a greater impact than A Sand County Almanac, which many credit with launching a revolution in land management. Written as a series of sketches based principally upon the flora and fauna in a rural part of Wisconsin, the book, originally published by Oxford in 1949, gathers
informal pieces written by Leopold over a forty-year period as he traveled through the woodlands of Wisconsin, Iowa, Arizona, Sonora, Oregon, Manitoba, and elsewhere; a final section addresses the philosophical issues involved in wildlife conservation. Beloved for its description and evocation of
the natural world, Leopold's book, which has sold well over 2 million copies, remains a foundational text in environmental science and a national treasure.

Aldo Leopold, long a member of the National Wildlife Federation's Conservation Hall of Fame, was posthumously honored in 1978 with the John Burroughs Medal in tribute to a lifetime of work in conservation and, in particular, for A Sand County Almanac.