A Tactical Guide to Science Journalism: Lessons from the Front Lines (Paperback) 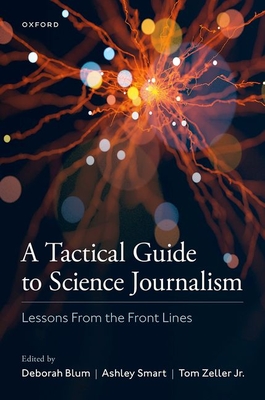 A Tactical Guide to Science Journalism: Lessons from the Front Lines (Paperback)


Not On Our Shelves—Ships in 1-5 Days
(This book cannot be returned.)
Deborah Blum is Director of the Knight Science Journalism Program at MIT and publisher of Undark magazine. She is a Pulitzer-prize winning American science journalist, columnist, and author of six books, most recently the 2018 New York Times Notable Book, The Poison Squad.Ashley Smart is Associate Director of the Knight Science Journalism Program at MIT and a senior editor at Undark magazine. He was previously the features editor at Physics Today magazine and a co-founder of the science news blog HBSciU.com. Tom Zeller Jr. is a former Knight Science Journalism Fellow (2013-14) and the editor in chief of Undark Magazine. Previously he spent two decades covering technology, energy policy, climate change, and the environment for a variety of publications, including 12 years as a staff writer and editor atThe New York Times.