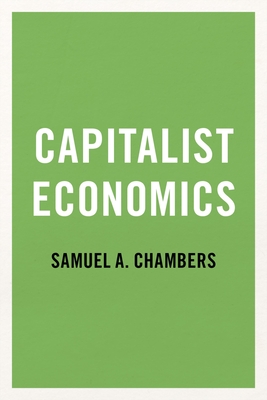 
Not On Our Shelves—Ships in 1-5 Days
(This book cannot be returned.)
Capitalist Economics introduces and explains the basic economic forces that shape the present and structure the future of capitalist societies today. Rejecting the idea that economics is a universal science of choice or the efficient allocation of scarce resources, this book analyzes
economic forces and relations as essential elements of a broader society. This entails understanding the economic as a logic that always operates alongside cultural, political, and social forces. As well, it requires grasping the economic as itself a product of historical development. This book
explores the unique economic pressures found in capitalist societies, offering detailed yet concise analysis of basic concepts - commodities, money, exchange, interest - and investigating broader issues such as the source of profit, the nature of growth, and the role of technology and invention.
Written for political scientists, sociologists, philosophers, cultural studies scholars, and beyond, the book is a completely new way of grasping socio-economic relations.

Samuel A. Chambers teaches political theory, cultural politics, and political economy at Johns Hopkins University. He is co-Editor-in-Chief of the journal Contemporary Political Theory and is series co-editor of Routledge's Innovators in Political Theory. He has published or edited a dozen books, inwork that ranges from theories of society, language, and democratic politics, to critical television studies, to a broad and concerted effort to understand the nature of both capitalism and money.