The Cloud of Longing: A New Translation and Eco-Aesthetic Study of Kalidasa's Meghaduta (Paperback) 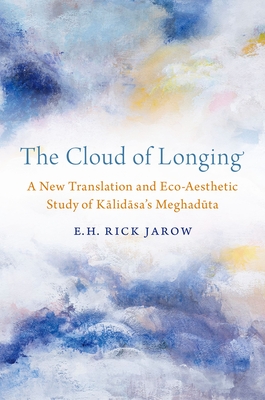 The Cloud of Longing: A New Translation and Eco-Aesthetic Study of Kalidasa's Meghaduta (Paperback)


Not On Our Shelves—Ships in 1-5 Days
A full-length study and new translation of the great Sanskrit poet Kalidasa's famed Meghaduta (literally "The Cloud Messenger,") The Cloud of Longing focuses on the poem's interfacing of nature, feeling, figuration, and mythic memory. This work is unique in its attention given to the natural world in light of the nexus of language and love that is the chief characteristic (lakshana) of the poem. Along with a scrupulous study of the approximately 111 verses of the poem, The Cloud of Longing offers an extended look at how nature was envisioned by classical India's supreme poet as he portrays a cloud's imagined voyage over the fields, valleys, rivers, mountains, and towns of classical India. This sustained, close reading of the Meghaduta will speak to contemporary readers as well as to those committed to developing a more in-depth experience of the natural world. The Cloud of Longing fills a gap in the translation of classical Indian texts, as well as in studies of world literature, religion, and into an emerging integrative environmental discipline.

E. H. Rick Jarow is Associate Professor of Religion and Asian Studies at Vassar College. He is the author of Tales for the Dying: The Death Narrative of the Bhagavata-Purana and has numerous published articles on Indology, Kalidasa and on the reception of Indian texts in the West.