The Human Factor: Gorbachev, Reagan, and Thatcher, and the End of the Cold War (Paperback) 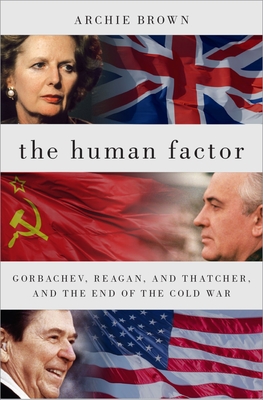 The Human Factor: Gorbachev, Reagan, and Thatcher, and the End of the Cold War (Paperback)


On Our Shelves Now at:
Why did the Cold War end when it did? Few questions have generated more heated debate over the course of the last three decades. Archie Brown, one of the foremost experts on the subject, shows why the popular view that Western economic and military strength left the Soviet Union with no alternative but to admit defeat is erroneous. To understand what really happened, he argues, we need to focus on the parts played by Ronald Reagan, Margaret Thatcher, and especially Mikhail Gorbachev in the crucial years of the 1980s. The Human Factor shows that despite their profound differences, these leaders were able to find common ground at a moment when East-West relations were under the greatest strain. The central figure is Gorbachev, whose unlikely rise to power rocked the establishment, both within the Soviet Union and in the West. While Thatcher's hard lines more closely matched those of her ideological soulmate, Ronald Reagan, she was able to convince Reagan that Gorbachev was a man
to do business with and became an agent of influence in both directions. By the end of the 1980s East-West relations had been transformed. At a decisive juncture in history the actions and interactions between these three key figures laid the groundwork for a different world. Brown's clear-eyed and fascinating account brings to bear a lifetime of scholarship and engagement, and offers the definitive account of the central role leadership played in ending the Cold War.

Archie Brown is Emeritus Professor of Politics at the University of Oxford and an Emeritus Fellow of St Antony's College, Oxford