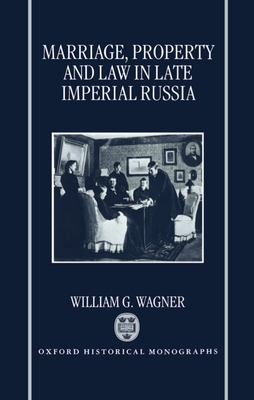 
Not On Our Shelves—Ships in 1-5 Days
(This book cannot be returned.)
The first systematic study of civil law in late Imperial Russia, this book shows that efforts to adjust family, property, and inheritance law to changing social and economic conditions often became intertwined with attempts to shape society in accordance with competing ideological ends. Through a restructuring of the family's legal basis, members of the growing professional class endeavored to promote conflicting conceptions of authority, individuality, gender, and law. Legal reform also served for members of the emerging legal and medical professions as a way to establish their authority, often at the expense of the state administration and the Orthodox Church. Wagner's detailed and scholarly analysis of these issues offers many important insights into cultural attitudes and political structures in late Imperial Russia.