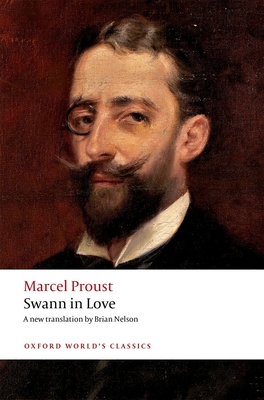 
Backordered
Swann in Love is a brilliant, devastating novella that tells of infatuation, love, and jealousy. Set against the backdrop of Paris at the end of the nineteenth century, the story of Charles Swann illuminates the fragilities and foibles of human beings when in the grip of desire. Swann is a highly cultured man-about-town who is plunged into turmoil when he falls for a young woman called Odette de Crecy. The novel traces the progress of Swann's emotions with penetrating exactitude as he encounters Odette at the regular gatherings in the salon of the Verdurins. His wilful self-delusion is both poignant and comic, and his tormented feelings play out in scenes of high comedy amongst Odette's socially pretentious circle. Swann in Love is part of Proust's monumental masterpiece In Search of Lost Time, and it is also a captivating self-contained story. This new translation encapsulates the qualities that have secured Proust's reputation, and serves as a perfect introduction to his writing. About the Series: For over 100 years Oxford World's Classics has made available the broadest spectrum of literature from around the globe. Each affordable volume reflects Oxford's commitment to scholarship, providing the most accurate text plus a wealth of other valuable features, including expert introductions by leading authorities, voluminous notes to clarify the text, up-to-date bibliographies for further study, and much more.

Brian Nelson has been editor of the Australian Journal of French Studies since 2002. He is well known for his critical studies and translations of the novels of Emile Zola. These include The Cambridge Companion to Zola, Zola and the Bourgeoisie, and translations for Oxford World's Classics of The Fortune of the Rougons, The Belly of Paris, The Kill, Pot Luck, and The Ladies' Paradise. He was awarded the New South Wales Premier's Prize for Translation in 2015. His most recent critical work is The Cambridge Introduction to French Literature (CUP 2015). Adam Watt is Professor of French and Comparative Literature at the University of Exeter. He has published widely on the life and works of Marcel Proust. His books include Reading in Proust's A la recherche: le delire de la lecture (2009); an illustrated biography, Marcel Proust (Reaktion Books, 2013); and as editor, Marcel Proust in Context (CUP, 2013).