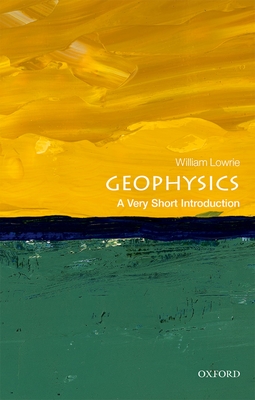 
On Our Shelves Now at:
Geophysics is the physics of the Earth. Central to the Earth Sciences today, it encompasses areas such as seismology, volcanism, plate tectonics, gravitational anomalies, and the Earth's magnetic field (present and past, as captured in rocks), all of which give clues to both the structure and the working of the Earth. In this Very Short Introduction, William Lowrie describes the internal and external processes that affect the planet, as well as the principles and methods of geophysics used to investigate them. He explains how analysis of the seismic waves produced in earthquakes reveals the internal structure of the Earth. Geophysicists have established that the greatest source of energy powering geological processes is the Earth's internal heat. Deep inside the Earth, the temperature is high enough to produce a fluid outer core of molten iron. It is the motion in this molten iron layer that produces the Earth's magnetic field, which shields the planet against harmful radiation from the Sun and outer space, and thus makes the planet habitable. Lowrie describes how the magnetic field also magnetizes rocks during their formation, leaving a permanent record of the ancient field and its direction that geophysicists have learned to use to interpret past motions of the continents and tectonic plates. From analyzes of Earth's deepest interior to measurements made from Earth-orbiting satellites, Lowrie shows how geophysical exploration is vitally important in the search for mineral resources, and emphasizes our need to understand the history of our planet and the processes that govern its continuing evolution. ABOUT THE SERIES: The Very Short Introductions series from Oxford University Press contains hundreds of titles in almost every subject area. These pocket-sized books are the perfect way to get ahead in a new subject quickly. Our expert authors combine facts, analysis, perspective, new ideas, and enthusiasm to make interesting and challenging topics highly readable.

William Lowrie was elected professor of geophysics at the Swiss Federal Institute of Technology in Zurich, Switzerland, in 1974, where he taught and researched until retirement in 2004. His research activity involved interpreting the Earth's magnetic field in the geological past from themagnetizations of dated rocks. The results were applied to the solution of geologic-tectonic problems, and to analysis of the polarity history of the geomagnetic field. He has authored 135 scientific articles, and his books include Fundamentals of Geophysics (Cambridge University Press, secondedition 2007); and A Student's Guide to Geophysical Equations (Cambridge University Press, 2011). He has been President of the European Union of Geosciences (1987-9), and Section President and Council member of the American Geophysical Union (1998-2002). Lowrie was elected Fellow of the AmericanGeophysical Union in 1990 and Member of the Academia Europaea in 2000.