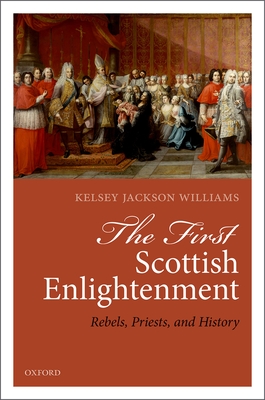 
Not On Our Shelves—Ships in 1-5 Days
Traditional accounts of the Scottish Enlightenment present the half-century or so before 1750 as, at best, a not-yet fully realised precursor to the era of Hume and Smith, at worst, a period of superstition and religious bigotry. This is the first book-length study to systematically challenge that notion. Instead, it argues that the era between approximately 1680 and 1745 was a 'First' Scottish Enlightenment, part of the continent-wide phenomenon of early Enlightenment and led by the Jacobites, Episcopalians, and Catholics of north-eastern Scotland. It makes this argument through an intensive study of the dramatic changes in historiographical practice which took place in Scotland during this era, showing how the documentary scholarship of Jean Mabillon and the Maurists was eagerly received and rapidly developed in Scottish historical circles, resulting in the wholesale demolition of the older, Humanist myths of Scottish origins and their replacement with the foundations of our
modern understanding of early Scottish history. This volume accordingly challenges many of the truisms surrounding seventeenth- and eighteenth-century Scottish history, pushing back against notions of pre-Enlightenment Scotland as backward, insular, and intellectually impoverished and mapping a richly polymathic, erudite, and transnational web of scholars, readers, and polemicists. It highlights the enduring cultural links with France and argues for the central importance of Scotland's two principal religious minorities--Episcopalians and Catholics--in the growth of Enlightenment thinking. As such, it makes a major intervention in the intellectual and cultural histories of Scotland, early modern Europe, and the Enlightenment itself.