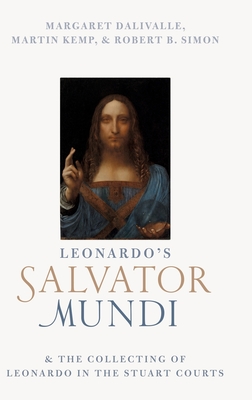 
Not On Our Shelves—Ships in 1-5 Days
The Salvator Mundi is the first Leonardo painting to be discovered for over a century. Following its re-emergence, it played a leading role in the landmark Leonardo exhibition at the National Gallery in London in 2011, after which it was purchased by a Russian oligarch. In 2017 it was
auctioned by Christie's in New York, fetching the world record price of $450m, and now forms part of the collection of Louvre Abu Dhabi. The Salvator Mundi may be seen as the devotional counterpart to the Mona Lisa, having an extraordinary, communicative presence. The artist has reformed the very traditional subject matter in a number of ways. The elusiveness of Christ's expression suggests his spiritual origins beyond the world of
the senses. The traditional sphere of the earth has been transformed into a rock-crystal orb and signifies a crystalline sphere of the heavens. In addition to its spiritual dimension, the image exploits Leonardo's optical knowledge and his growing sense of the illusiveness of seeing. Only the
blessing hand is in reasonably sharp focus, with his features softly veiled. The scintillating curls of his hair are characterised in line with his theory that the physics of the curling of hair is analogous to vortex motion in water. This book looks at evidence of Leonardo's Salvator Mundi in the collections of Charles I and Charles II. It explores the appraisal of works by Leonardo at the Stuart courts, and proposes that how works attributed to Leonardo were first encountered and understood in seventeenth-century Britain would
shape the wider evolution of Leonardo as a cultural icon. This volume gives a dramatic first-hand account of the modern-day discovery of the painting, from its purchase in a minor New Orleans auction house, to the cleaning of the picture that would disclose it as Leonardo's startling original, and the research processes that would uncover illustrious and
obscure former owners. The book presents the definitive study of the new masterpiece.

Martin Kemp, Emeritus Professor of the History of Art, Trinity College, Oxford University, Robert B. Simon, Company President, Robert Simon Fine Art, Margaret Dalivalle, Associate lecturer in Art History, Middlebury-CMRS, Oxford Martin Kemp FBA is Emeritus Professor in the History of Art at Trinity College, Oxford University. One of the world's leading authorities on Leonardo da Vinci, he has published extensively on his life and work, including the prize-winning Leonardo da Vinci: The marvellous works of nature and man, Leonardo, Christ to Coke: How Image Becomes Icon, and Mona Lisa: The People and the Painting (with Giuseppe Pallanti). He currently speaks, writes, and broadcasts full-time. Robert B. Simon is an art historian and art dealer in New York, specializing in Renaissance and Baroque paintings. He received his doctorate at Columbia University, and has published and lectured widely on both art-historical matters and on broader concerns relating to the authenticity, valuation, conservation, and commercial trade of works of art. Significant paintings, drawings, and sculpture from his gallery are to be found in major American museums, as well as in private collections worldwide. Margaret Dalivalle read History of Art at Oriel College, University of Oxford, after which she took up a post-doctoral research fellowship at Yale University. Subsequently, as Francis Haskell Memorial Fund scholar, she conducted research into the history of collecting old master drawings in TheNetherlands. She teaches Renaissance and early modern European art history at the Middlebury Centre for Medieval and Renaissance Studies, Oxford.