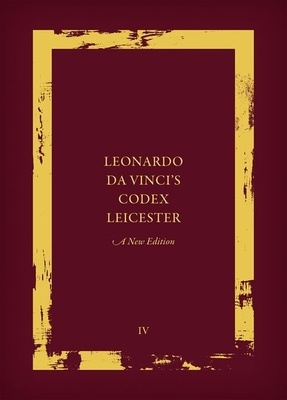 
Not On Our Shelves—Ships in 1-5 Days
This new edition of Leonardo Da Vinci's Codex Leicester is the most comprehensive scholarly edition of any of Leonardo's manuscripts. It contains a high-quality facsimile reproduction of the Codex, a new transcription and translation, accompanied by a paraphrase in modern language and a page-by-page commentary, and a series of interpretative essays. This important endeavour introduces important new research into the interpretation of the texts and images, on the setting of Leonardo's ideas in the context of ancient and medieval theories, and above all into the notable fortunes of the Codex within the sciences of astronomy, water, and the history of the earth, opening a new field of research into the impact of Leonardo as a scientist after his death.

Martin Kemp, Emeritus Professor in the History of Art, University of Oxford, Domenico Laurenza, Independent Scholar Martin Kemp is Emeritus Research Professor in the History of Art at Oxford University. He has written and broadcast extensively on imagery in art and science from the Renaissance to the present. He speaks on issues of visualisation and lateral thinking. His most recent book is Mona Lisa: The People and the Painting, with Giuseppe Pallanti (2017). Domenico Laurenza is a science and art historian. He is an expert on Leonardo da Vinci, on the relationship between art, anatomy and technology in the Renaissance, and on the history of geological illustrations. He is a scientific consultant for Museo Galileo (Florence), Schroeder Arts (New York) and the University of RomaTre, and has taught or been a fellow of several scientific institutions, including McGill University (Montreal), the Warburg Institute (London), the Italian Academy at Columbia University, the Metropolitan Museum of Art (New York), and Trinity College, Dublin.