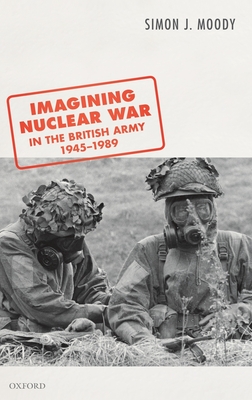 
Not On Our Shelves—Ships in 1-5 Days
The primary mission assigned to the British Army from the 1950s until the end of the Cold War was deterring Soviet aggression in Europe by demonstrating the will and capability to fight with nuclear weapons in defence of NATO territory. This 'surreal' mission was unlike any other in history, and raised a number of conceptual and practical difficulties. This comprehensive study observes how the British Army imagined nuclear war, and how it planned to fight it. Using new archival sources, Simon J. Moody analyses British thinking about tactical nuclear weapons, the role of the Army within NATO strategy, the development of theories of tactical nuclear warfare, how nuclear war was taught at the Staff College, the role of operational research, and the evolution of the Army's nuclear war-fighting doctrine. He argues that the British Army possessed the intellectual capacity for organisational adaptation, but that it displayed a cognitive dissonance about some of the more uncomfortable
realities of nuclear war.

Simon J. Moody, Lecturer in Defence Studies, King's College London Simon J. Moody is a Lecturer in Defence Studies at King's College, London. He completed his AHRC funded PhD at KCL in 2014, after an MA from the University of Leeds and a BA from the University of Salford. His research interests can be broadly defined as the history of strategic thought, theories of war, nuclear strategy, and British defence policy after 1945.