Rebels, Believers, Survivors: Studies in the History of the Albanians (Hardcover) 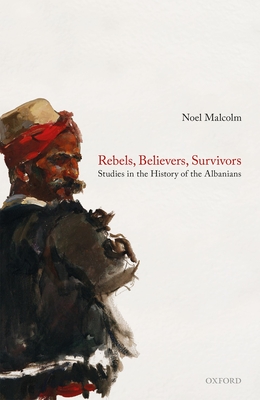 Rebels, Believers, Survivors: Studies in the History of the Albanians (Hardcover)


Not On Our Shelves—Ships in 1-5 Days
Thanks to its half-century under Communism, as well as its little-known language, Albania has suffered from neglect and a sense of isolation. Yet, as this study helps to show, the Albanian lands have a long history of interaction with others. They have been a meeting-ground of Christianity and
Islam; a channel through which Venice connected with the Ottoman Balkans; a place of interest to the Habsburgs; and a focus for the ambitions of neighbouring powers in the late Ottoman period. Albanians themselves could have many different identities. The studies in this volume, by one of the world's leading experts on Albanian history, range from the fifteenth century to the twentieth, taking in politics, social history, religion and diplomacy. Each is based on original research; the longest, on Ali Pasha, uses a wealth of manuscript material to
tell, for the first time, the full story of the vital role he played in the international politics of the Napoleonic Wars. Other studies bring to life ordinary individuals hitherto unknown to history: women hauled before the Inquisition, for example, or the author of the first Albanian
autobiography. Some of these studies have been printed before (several in hard-to-find publications, and one only in Albanian), but the greater part of this book appears here for the first time. This is not only a landmark publication for readers interested in south-east European history. It also engages with many
broader issues, including religious conversion, 'crypto-Christianity' among Muslims, methods of enslavement within the Ottoman Empire, and the nature of modern myth-making about national identity.

Noel Malcolm, Senior Research Fellow, All Souls College, Oxford Noel Malcolm read History and English Literature at Cambridge University, where he wrote his doctoral thesis on Thomas Hobbes. He began his career as a Fellow of Gonville and Caius College, Cambridge; he was then political columnist and, subsequently, Foreign Editor of The Spectator, and then chiefpolitical columnist of The Daily Telegraph. In 1996 he was a Visiting Fellow of St Antony's College, Oxford, and in 1999 he was a lecturer at Harvard; he gave the Carlyle Lectures at Oxford in 2001. Since 2002 he has been a Senior Research Fellow at All Souls College, Oxford. He is a Fellow of theBritish Academy, and at Cambridge he is an Honorary Fellow of Peterhouse, Trinity, and Gonville and Caius. He has published books and articles on, among other subjects, early modern philosophy and the history and culture of the Balkans. He was knighted in 2014 for services to scholarship, journalismand European history.