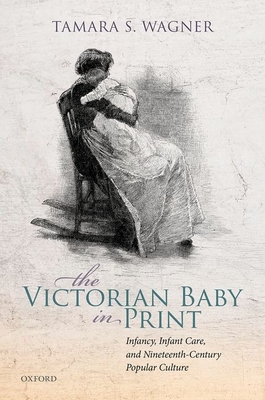 
Not On Our Shelves—Ships in 1-5 Days
The Victorian Baby in Print: Infancy, Infant Care, and Nineteenth-Century Popular Culture explores the representation of babyhood in Victorian Britain. The first study to focus exclusively on the baby in nineteenth-century literature and culture, this critical analysis discusses the changing roles of an iconic figure. A close look at the wide-ranging portrayal of infants and infant care not only reveals how divergent and often contradictory Victorian attitudes to infancy really were, but also challenges persistent clich's surrounding the literary baby that emerged or were consolidated at the time, and which are largely still with us. Drawing on a variety of texts, including novels by Charles Dickens, Wilkie Collins, Mary Elizabeth Braddon, Mrs Henry Wood, and Charlotte Yonge, as well as parenting magazines of the time, childrearing manuals, and advertisements, this study analyses how their representations of infancy and infant care utilised and shaped an iconography that has
become definitional of the Victorian age itself. The familiar clich's surrounding the Victorian baby have had a lasting impact on the way we see both the Victorians and babies, and a critical reconsideration might also prompt a self-critical reconsideration of the still burgeoning market for infant care advice today.