The Concealed Art of the Soul: Theories of the Self and Practices of Truth in Indian Ethics and Epistemology (Hardcover) 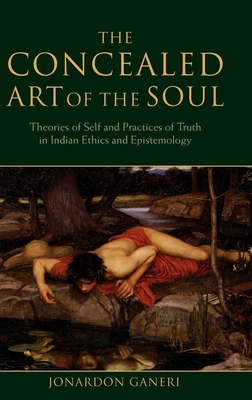 The Concealed Art of the Soul: Theories of the Self and Practices of Truth in Indian Ethics and Epistemology (Hardcover)


Not On Our Shelves—Ships in 1-5 Days
(This book cannot be returned.)
In The Concealed Art of the Soul, Jonardon Ganeri presents a variety of perspectives on the nature of the self as seen by major schools of classical Indian philosophy. For Indian thinkers, a philosophical treatise about the self should not only reveal the truth about the nature of the soul, but should also engage the reader in a process of study and contemplation that will eventually lead to self-transformation. By combining careful attention to philosophical content and sensitivity to literary form, Ganeri deepens our understanding of some of the greatest works in Indian literary history. His magisterial survey includes the Upanisads, the Buddha's discourses, the epic Mahabharata, and the writings of Candrakirti, whose work was later to provide the foundation for Tibetan Buddhism. Ganeri argues that many Western theories of selfhood are not only present in, but are developed to high degree of sophistication in these writings, and that there are other ideas about the self found in the work of classical Indian thinkers which present-day analytic philosophers have not yet begun to explore. Scholars and students of philosophy and religious studies, particularly those with an interest in Indian and Western conceptions of the self, will find this book fascinating reading.

Jonardon Ganeri is Professor of Philosophy at the University of Liverpool.