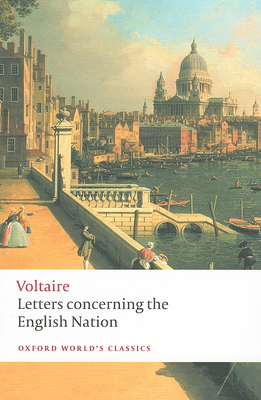 
Not On Our Shelves—Ships in 1-5 Days
Inspired by Voltaire's two-year stay in England (1726-8), this is one of the key works of the Enlightenment. His controversial pronouncements on politics, philosophy, religion, and literature have placed the Letters among the great Augustan satires.
Voltaire wrote most of the book in English, in which he was fluent and witty, and it fast became a bestseller in Britain. He re-wrote it in French as the Lettres Philosophiques, and current editions in English translate his French. This edition restores for the modern reader Voltaire's own English text, allowing us to appreciate him as a stylist at first hand. It is the only critical edition of the original text and, as well as providing an introduction and notes, it includes intriguing accounts of Voltaire by contemporary English observers. About the Series: For over 100 years Oxford World's Classics has made available the broadest spectrum of literature from around the globe. Each affordable volume reflects Oxford's commitment to scholarship, providing the most accurate text plus a wealth of other valuable features, including expert introductions by leading authorities, voluminous notes to clarify the text, up-to-date bibliographies for further study, and much more.