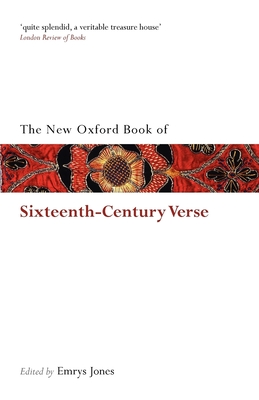 
Not On Our Shelves—Ships in 1-5 Days
(This book cannot be returned.)
The sixteenth century has long been acknowledged the Golden Age of English verse - with such names as Shakespeare, Donne, and Spenser to its credit it could hardly be otherwise. Hailed as a veritable treasure house (London Review of Books) and magnificent, heartening (The Observer), this brilliant anthology includes both undisputed masterpieces and brilliant but hitherto neglected gems. It is the first to reveal the full range and diversity of the centurys poetic riches. Readers will find poems from a who's who of English verse, including work by Shakespeare, Sir Philip Sydney, Christopher Marlowe, John Lyly, Sir Walter Ralegh, Ben Jonson, Thomas Campion, John Skelton, Sir Thomas More, Edmund Spencer, Thomas Dekker, Thomas Lodge, Fulke Greville, and John Donne, to name a few. There are excerpts from Arthur Goldings famed translation of Ovids Metamorphoses and Spencers Faerie Queene. Now reissued with a clear, clean design, here is the most complete picture available of the poetic vitality of the sixteenth century.

Emrys Jones is Goldsmiths' Professor of English Literature, University of Oxford, and Fellow of New College.