In Search of Expo 67 (Paperback) 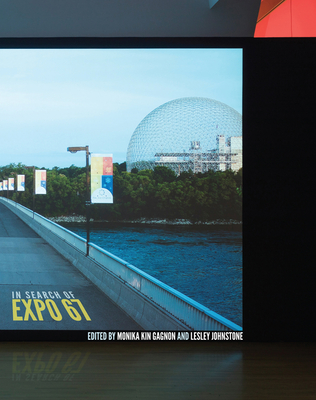 In Search of Expo 67 (Paperback)


Not On Our Shelves—Ships in 1-5 Days
Though Expo 67 looms large in our collective memory, it is often remembered nostalgically as a remote historical event. The conditions that made Expo an exceptional cultural moment are often forgotten: remarkable creative freedom was granted to artists, architects, filmmakers, and designers to experiment with technology and new forms, resulting in an incredible diversity of cultural production. Originating with the Musée d'art contemporain's 2017 exhibition, In Search of Expo 67 brings together original work from nineteen artists and new critical essays to explore the connections between archives and memory. Organized thematically, artists' words and works are put into dialogue with archival imagery that reconstructs key aspects of the original event. Works by Marie-Claire Blais and Pascal Grandmaison as well as Cheryl Sim explore the physicality of the artificially constructed Expo islands while texts and images rethink and remember key locales such as the Canada and Indians of Canada Pavilions. Expo influenced ideas about Indigenous Canadians at home and abroad at the advent of a new political and cultural conceptualization of Indigeneity: Duane Linklater's art reimagines Norval Morrisseau's seminal Expo mural Earth Mother and Her Children, while Krista Belle Stewart reconstructs a single frame of a short NFB documentary about Indigenous life in vinyl over a "classic colonial grid" of sixteen window panes. Artworks employ contemporary digital media and tools to explore key elements and experiences of particular pavilions. Janine Marchessault provides a history of film at Expo and its archival difficulties. The book also documents six original multi-screen large-format films from Expo 67. Contemporary work in film by Jacqueline Hoàng Nguy?n, Geronimo Inutiq, and Philip Hoffman and Eva Kolcze interrogates the official memory and narratives of Expo 67. The result is a critical rethinking and creative reimagining of Expo that shows how vital it remains over fifty years after it occurred, and the role of both research and creation in questioning and sustaining cultural memory. Brilliantly illustrated with original artworks and archival documents and images, In Search of Expo 67 revitalizes this utopian moment in Montreal's history as a site of unexpected tensions and immense creativity.
Monika Kin Gagnon is professor of communication studies at Concordia University and co-editor of Reimagining Cinema: Film at Expo 67. Lesley Johnstone is a curator and head of exhibitions and education at the Musée d'art contemporain.
"This outstanding and eminently readable volume increases by an order of magnitude our knowledge and understanding of the tragic persecution of Japanese Canadians during World War II. It should be a model for similar studies of other systems of persecution and property deprivation both north and south of the Canada-US border." Eric Muller, University of North Carolina